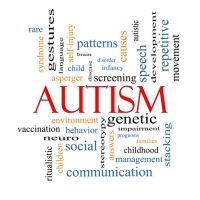 If your child has recently been diagnosed as being anywhere on the Autism spectrum, you are going to have both questions and concerns regarding the diagnosis itself and how it will affect the future of your little boy or girl. Your questions may be as simply answered as “How does my child fit into the spectrum” or as complex as “How will the diagnosis play a role in the intellectual and interpersonal development of my child.” The following tips are meant to help you on your journey to raising your loved one as a functional child, a little boy or girl living with it.

What is ASD?
Don’t let anyone make you feel as if the question is a daft one. It isn’t. Autism Spectrum Disorder is a disorder that affects a range of people in many different ways. The most efficient way of explaining the disorder and its many components is by describing it as the “spectrum.” A prism has many different colors; in the same way, this disorder comes in many forms.

Autism is an umbrella term for a wide array of brain development disorders. For the most part, it refers to a developmental disorder characterized by a lack of social interaction and communication skills; it also can be distinguished by specific repetitive behaviors. Underneath the diagnosis, “Autism,” the following disorders are included: pervasive development disorder, childhood disintegrative disorder, Rett syndrome, and Asperger syndrome. Most of these disorders are associated with social and delayed intellectual problems. Most of the children diagnosed, however, have incredible mathematical, artistic, and musical capabilities. 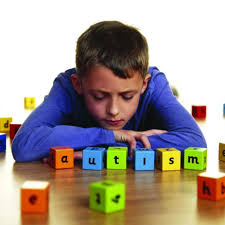 For most children and adults living with the disorder, it is diagnosed early on in life. Typically, each symptom associated with the disorder can be detected between within the first 12 to 18 months of a child’s life. Children will show signs such as not speaking, not interacting, shying away from human contact, and avoiding eye contact in general. This is not to say a child with the disorder will appear to be suffering from depression. On the other hand, the child will simply avoid contact – especially with people he or she is unfamiliar with. This symptom is the most commonly recognized. Additionally, some children will develop as most children do – but they will go through what is called “Regression,” and slowly their motor skills and vocabulary will begin to decrease.

Although the timing of the diagnosis tends to be early in life, the specific diagnosis is truly unique and independent to each child. All children will not have the same severity, and some children will display only one or two characteristics throughout their entire life. Your child’s diagnosis will be unique from another child’s, and as your child grows, his or her diagnosis may change due to treatment or changes in his or her environment.

Will This Diagnosis Have a Lasting Negative Impact on My Child
Children living with the diagnosis can lead perfectly normal lives. They do not have Autism – it is not a disease. They are children, and they are simply living with a disorder that makes them different from other children. Because this disorder is characterized as early developmental, treatment for it begins at an early age. Through support from family members and counseling with doctors, children will have a better chance at growing into adults who are capable of interaction within their community, speech amongst their peers, and the mastery of fine motor skills.

If you find that your child has been diagnosed as somewhere on the spectrum, do not panic. Although your child’s behavior will be different from most children, your child will be capable of so much. Through sufficient training, your child will be able to express himself or herself through speech, function with normal motor skills, and be a part of his or her community without feeling excluded, strange, or without falling into a deep depression. 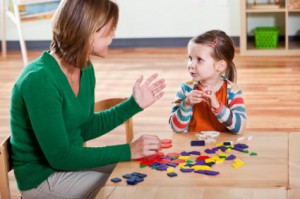 Assistance through training is available for both parents and children, and working with doctors and specialists will help the parents to understand their children and the children to be able to engage in effective, intellectual communication. You cannot “cure” your child’s disorder, but with family cooperation and understanding, coupled with therapies and social inclusion, your child can be perfectly functioning within a social setting.

Summary
Article Name
Autism Diagnosis? Tips for Raising a Functional Child
Description
One in sixty-eight children suffer form some form of Autism. This article is intended to help parents better understand their child's diagnosis and prepare for their future. With early diagnosis and early treatment, your child can live an independent and functional life in most cases. For only the most severe cases of Autism, is an independent life impossible.
Author
Kathleen Penick